Is there someone in your life that you consider a really close friend but there’s one major problem, they have a huge crush on you and you don’t really know how to navigate that?

Don’t worry, I’m going to walk you through how to tip-toe around that situation without hurting their feelings and without destroying your friendship. It is possible let me teach you how.

Normally, I’m teaching you how to get with your crush but this is kind of the opposite situation. This is a close friend that likes you and you want to kind of just let them know that you just want to be friends, so how do you do that?

Rule #1: You have to be clear and open about what you want.

This is the only way that’s going to prevent you from leading them on. Even if you’re doing it accidentally it’s very easy to just fall into the trap of consuming this person’s praise and attention. Who doesn’t like compliments? Who doesn’t like someone following them around and messaging them and just looking at them with those puppy dog eyes?

By doing that you’re not being fair to them. You’re leading them on to believe that someday you’re going to change your mind about how you see them and in reality, you’re not. You just like the way that they treat you. Being direct and honest is really the only respectable thing that you can do.

The easy way to say that is just to let them know:

“Hey I really value our friendship and I consider you a close friend of mine. That’s really all I see our relationship ever being and I hope you feel that way too.”

It might feel very blunt and straightforward but it’s the right thing to do. It prevents them from investing the time and energy into hoping that you’re gonna like them back, into trying to pursue you, into trying to win you over and instead they can go on and pursue other people.

Rule #2: Let them know about your romantic interests and other dating partners.

You might feel like you’re hurting them or upsetting them just by talking about other people that you like but there’s actually a benefit to this.

Quick story, back in the day there was a girl that I was friends with that I knew had a crush on me. We would talk every single day and eat lunch together but I never talked to her about other girls that I liked or was actively pursuing. Instead, I kept our conversation just about us. Eventually, when she told me that she had feelings for me she also told me that she felt like I was leading her on.

When I asked her why she said:

“Well, you never brought up any other girls so I felt like any time you talked to me it was because you liked me”.

And that’s when I realized I probably should have been open and honest with her about other people that I liked so that she wouldn’t get that impression. If you know how they feel, don’t play dumb and act as if they caught you by surprise by revealing their feelings. Instead, let them know along the way that you’re pursuing other people.

It might feel a bit harsh but it’s going to allow them to stay grounded. They’re going to realize that you are actively pursuing other people and they’re not going to misread your intentions and your behavior.

Now, what does it mean to be a good friend? How can you do that when you know that they like you? It’s actually pretty simple.

If they start to flirt with you, don’t flirt back. If they ask you on a date let them know you’ll go but only as friends. Being a good friend means being respectful of each other’s boundaries. Being there for one another and not taking advantage of the kindness that they’re offering because you know how they feel.

I would even go so far as to say you should try to be their wingman. Introduce them to other people if you can. Talk to them about other crushes they may have. The more you can kind of solidify yourself in that friend role the better chance they have of moving on to someone else.

Rule #4: Respect their decision if they no longer want to be your friend.

Look, they have these deep-seated feelings for you, and sometimes just being around you and knowing they can’t be with you hurts so they may decide to just end the friendship. It might be the best thing for them to do in their own sense of well-being.

The selfish part of you might be thinking but that’s not fair, we’re friends. Why can’t they just put their feelings aside and not act on them?

If you feel so strongly and deeply about someone it can hurt knowing that you’ll never be with them. So the advice I’ve given to people in the opposite position where they like one of their friends is to let them go if they feel like they can’t be a genuine and honest friend and only a friend to them.

Accepting that your friend can no longer be just your friend is hard. I’m not trying to downplay it here. I mean we’re talking about you losing a friend. If you truly care about that person though the best thing you can do is to support them in that decision.

No one said this is going to be easy but you want real, honest friends in your life and if they feel like they’re only playing the friend role and they really deeply like you they just can’t be with you then it’s best for them to go.

All of that is to say it’s possible but it’s hard. Relationships and friendships are tricky but I hope I’ve given you enough to work with to help navigate this newfound friendship you’re gonna have with the person that likes you.

On that note, I’ll catch you next time.

As always, love and peace.

Breaking Free from Your Crush Obsession (How To Do It RIGHT!) 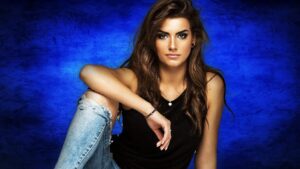